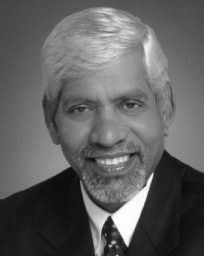 Mr. Rajaram is currently the Partner and Chairman of K&L Gates Straits Law LLC. In 2001, he co-founded Straits Law Practice LLC which later merged with K & L Gates LLP (US).

He graduated from the University of Singapore with a Bachelor of Law (Hons) degree and also holds an MBA from the Maastricht School of Management. He is an Advocate and Solicitor of the Supreme Court of Singapore and a Solicitor of England and Wales. Rajaram is a Fellow of the Singapore Institute of Arbitrators and the Chartered Institute of Arbitrators.  He is also an Accredited Mediator with the Singapore Mediation Centre. Rajaram received his training in mediation at Singapore Mediation Centre and Harvard Law School.

Mr. Rajaram had served as Singapore’s Representative to the Incoterms Committee and to the International Chamber of Commerce Arbitration Council for two terms. He had served in various capacities in the Board of the Singapore Indian Chamber of Commerce and Industry for 28 years before assuming the Chairmanship in 2008. He was also the Vice Chairman of the Singapore Business Federation for four years. He had served on the Malaysia-Singapore Business Council and as a Council Member of ASEAN Chambers of Commerce and Industry (ASEAN-CCI). He is currently the Deputy Chairman of ISEAS Yusof Ishak Institute, the Vice President and Chairman of Audit Committee in Dyslexia Association of Singapore, a former Trustee of the Singapore Indian Development Association (SINDA) and various other charitable, social and statutory bodies in a voluntary capacity.

Upon payment, SmartLaw will provide

Upon payment, SmartLaw will provide